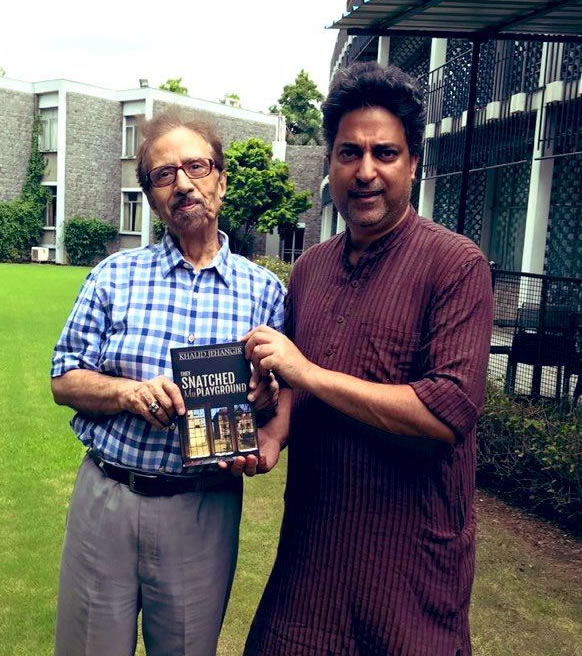 Prof Punjabi’s sad demise on 8 April 2021 was a major set-back for the ICPS. He passed away in sleep after prolonged illness due to cancer for almost a year. The Centre’s activities were affected because of his poor health and lack of funds during the last few years. His wife, Dr. Tarannum Riyaz, who was also an esteemed member of the governing committee of the ICPS also passed away due to Covid soon after wards on 20 May 2021.

The Members of the Governing Body of the ICPS honouring the last wishes of Prof Punjabi, the founder of the Centre came together and decided to take the activities of the Centre forward as a fitting tribute to his memory in an Extraordinary Meeting of the Executive Committee was held on 11 September 2021.

The main aim of the Centre is to undertake research, organize conferences, provide platform for debates and discussions and disseminate the findings through its publications as widely as possible among academia, policy makers and members of the civil society,  aimed at building a community of like-minded scholars, experts, academics and social activists perpetually engaged in constructive discussions and discourse on themes relating to peace and reconciliation and working towards making the world a safer and more secure place to live in, by ensuring inter-cultural understanding and harmony, through their well-meaning efforts.

The activities of the Centre include evolving frameworks to study conflict situations, conceptualising the conflicts and developing strategies to address such situations. Restructuring of the prevailing systems through non-violent means and methods is the central principle governing the Centre’s efforts aimed at conflict-resolution. The Centre aims at developing a methodology of conflict resolution and meeting the challenges of social tensions released by post-modern developmental paradigms. The Centre has a focus on human rights, peace education and multi-culturalism.

The Centre, in terms of the directions in the Memorandum of Association, is guided by a governing body of seven members. The Centre is also advised by an International Research Advisory Council comprising scholars, academics and peace researchers from different parts of the World.

The Centre reaches out to foreign missions and international NGO’s engaged in human rights issues in India and abroad through its publications, Conferences, Seminars and person– to–person interactions.

The objective of the Centre is to carry out studies and researches on:

The Centre has a special focus on South and West Asia in the following areas.

The research activities at the Centre have a primary focus on issues relating to Human Rights (HR). The inter-relationship among HR, State Security, Self-determination, Displacement and Governance is studied with concern and interest by the researchers of the Centre. The Centre has been organizing debates, discussions and interactive sessions, particularly in educational institutions, to make people HR sensitive and to underscore the increasing importance of HR in the world.

The Centre is keeping a close watch on armed conflicts, involving both state and non-state actors around the world with special focus on South Asia. Apart from working on the causalities, the Centre has decided to study the effect of armed conflicts on Civil Society and state, which has become quite an engaging theme for the researchers at the Centre. The co-relation between Right to Development and Popular disaffection leading to intra-society conflicts is also given special emphasis.

Chapter on Islam and the New World Order:

This Chapter has started operating under the auspices of the Centre since 1997. Its main aim is to study Islamic societies in Asia and elsewhere with an objective of going beyond the civilizational perspective and adopt a framework that recognizes the pluralities and heterogeneity of these societies. While the Centre shares the concern regarding the rising tide of fundamentalism in Islamic Societies, rather than perceiving such issues of fundamentalist upsurge to be arising out of any cognitive dissonance between the tenets of Islam and the post-modern civil – social order, they are being studied at the Centre from the perspective of interstate rivalries, crisis in governance and global economic instability. There is also focus on India-OIC relations.

The Centre is funded by individual subscriptions and voluntary donations from individuals/groups and other independent philanthropist organizations. The Centre also raises its funds through publications.

The Centre organises Workshops, Conferences and Seminars from time to time.

The Centre provides advisory and consultancy services to institutions, organisations and individuals involved in peace research in India and abroad.

The Centre seeks collaboration in projects and studies with other research organisations and institutions.

The Centre publishes a Quarterly research Journal – Journal of Peace Studies. This Journal is being published regularly since 1993. The Journal has an inter-disciplinary approach and aims at promoting peace and understanding among the societies of the world in general and South Asian societies in particular.

It is circulated among academics, researchers, students, journalists, policy makers, administrators and diplomats and it is acclaimed as a Journal of high reference value, especially for people engaged in research in the fields of Peace and Human Rights. The Centre invites contributions from scholars, researchers and activists working in areas related to peace, human rights and conflict resolution, for the Journal.

The Centre also publishes Occasional papers/Books on various issues relating to Peace and Conflict and Human Rights, from time to time.

The quarterly Journal of Peace Studies is available on the net www.icpsnet.org.  The printed copies of the Journal as well as Occasional Papers printed from the Centre are distributed to Foreign Missions and International Cultural Centers based in Delhi, besides concerned ministries and government departments.

The copies of the Journal are sent for distribution to UN Council on Human Rights Office bearers and special rapporteurs, Independent experts, officials and experts of UN Council on Human Rights. This publication is recognized as an important reference material and is highly appreciated for its focus on peace and conflict resolution, analysis of conflict situations, strategic developments in different regions and their bearing on peace and especially showcasing the views of scholars, experts and analysts from India and South Asia.